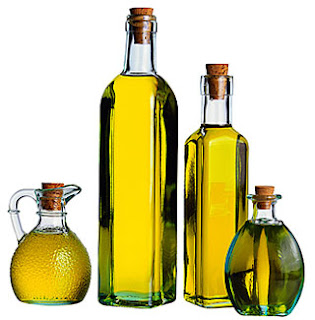 Olive experts estimate that between 50% and 80% of extra virgin olive oil in U.S. grocery markets is not really extra virgin.  In fact, much of the olive oil sold to Americans isn't even produced from olives... and is purposely mislabelled.


Further, the USDA is fully aware of this ongoing fraud, yet has failed for years to notify the public and has done precious little to deter the great olive oil hoax.

Chris Kimball, founder of America's Test Kitchens, recently commented on his weekly radio show, "EVOO clearly doesn't mean anything since most EVOO in American markets are not extra virgin...." He added that buying olive oil in grocery stores is "a complete crapshoot."

Here's the deal in a nutshell: the U.S. retail market for olive oil is largely unregulated, thereby allowing European olive growers to freely dump their crummiest-quality crops in the U.S., usually in fancy, high-priced bottles with impressive labels to attract naive buyers.


In contrast, olive oil sold in most European countries must meet standards set by the International Olive Council, or risk heavy fines and removal from shelves. And worse, shamed olive oils risk being ostracized by informed, offended European consumers.

Not so in the U.S., where standards are minimal, enforcement is non-existent, and consumers are willing to pay huge prices for what they mistakenly assume is a high-quality product.

Per Dan Flynn, Director of the UC Davis Olive Center, imported olive oils are often diluted "with other, cheaper-to-produce oils... No one is even checking to see if its made from olives."

Wrote the New York Times about Muellers' 2011 book Extra Virginity: The Sublime and Scandalous World of Olive Oil, "The news Mr. Mueller brings about extra virgin olive oil is alarming. The liquid that gets passed off as such in supermarkets and restaurants is often anything but. Shady dealers along the supply chain frequently adulterate olive oil with low-grade vegetable oils and add artificial coloring." 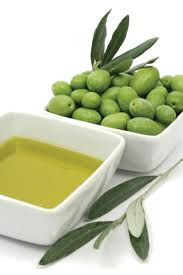 Per Mr. Kimball, the price, packaging, country of origin or color and cloudiness of an olive oil in the U.S. grocery market  has "little or no bearing on the quality" of that product.

So what's a smart U.S. olive oil buyer to do? Experts offer the following suggestions:


First, don't buy imported olive oils, as the U.S. government is simply not testing for what it regards as a low-priority problem.

Second, become familiar with the USDA's first stab at voluntary olive oil requirements. Entitled United States Standards for Grades of Olive Oils, the newly-issued guide is voluntary and covers only oils produced and sold in the U.S.

Although, according to Mr. Flynn, two panels in the U.S. periodically test a sampling of American  olive oils, neither group has proven oversight or has been certified by the International Olive Council.

Third, buy California olive oils when feasible, as the state is attempting to understand and control its burgeoning, artisan industry via the California State Senate Agriculture Committee's Subcommittee on Olive Oil Production.

"California produces, by and large, true extra-virgin olive oil," commented olive oil consultant Alexandra Kicenik Devarenne on a recent America Test Kitchen broadcast. Ms. Devarenne added that the current California industry is not engaged in "the same race to the bottom to produce the cheapest EVOO."

U.S. olive oil is produced mainly in California, with smaller volumes coming from Arizona and Texas.

One more suggestion: complain to the USDA. Complain loudly and complain often.

After all, America's great extra-virgin olive oil scam  is fraud, plain and simple. And no one is protecting the American consumer, who is being duped and  swindled while enrichening the gilded coffers of olive oil crooks.


For more information, I recommend reading Extra Virginity: The Sublime and Scandalous World of Olive Oil by Tom Mueller, published in late 2011.
Posted by Deborah White at 3:14 PM