Iceland, Australia, most western European and all Scandinavian countries all scored well above the United States, which barely edged out Estonia, Slovakia, Hungary, Israel, and New Zealand.

Oxfam's in-depth survey, taken from October through December 2013, tallied data on food reality worldwide using four categories. The U.S. ranked admirably in two categories, average in one, but fared shamefully low in one...

Afford to Eat, or the price and price volatility of food - U.S. ranked 1st  overall in  food affordability, mainly because food prices nationally are extremely stable and relatively inexpensive.

Food Quality, or the availability of clean water and nutritious foods - U.S. ranked 4th overall in this category, despite ranking a painful  41st in access to clean drinking water.

Enough to Eat, or hunger within the country - U.S. ranked 35th overall among 125 nations. Although few U.S. children were underweight due to lack of food, many are malnourished.

These shocking results shout that most Americans have access to both healthy and unhealthy foods, and are choosing unhealthy foods for both adults and children.

The U.S. is ranked the fattest and most diabetic nation among all major countries. The U.S. populace ranks as healthier only than Saudi Arabia, Kuwait, Mexico, Fiji, and Jordan. in obesity and diabetes, two lethal health conditions.

Critics firmly believe that American health has plunged radically in recent decades due to the extreme prevalence in the food supply of fast and casual foods larded heavily with salt, fat, and sugar, and of industrial-manufactured "fake foods" riddled with salt, fat, sugar, chemicals, additives, fillers, and artificial flavors and colors.

Why do Americans have extremely easy access (and thus, temptation) to unhealthy foods, especially when compared to the other 124 nations? One main reason: lack of political will in Washington D.C. to stand-up to corporate political donors and lobbyists in order to bring  the U.S. food supply up to international standards by mandating...

Congress, are you listening?  USDA and FDA leaders, are you there?  Are you working for the health of our nation, or for mega-corporate interests and your donors and political patrons?

Before answering that query, remember the warning of famed British historian and Oxford professor Arnold J. Toynbee (1889 - 1975) who observed and believed that the health of a nation is only as good as the health of its diet, and that a downward spiral in the quality of a nation's diet foretold a nation's cultural and political death spiral.

If unchecked, this U.S. tumble in Oxfam's data-driven survey of healthy diets around the world will be more than an embarrassment. This terrible tumble could be warning of a permanent downward spiral of our nation.

Posted by Deborah White at 8:33 AM No comments:

The good news in 2014 is that market forces are alive, well, and working quite effectively to label GMO foods, or to remove them entirely from grocers' shelves.  And instead, to pressure retailers to offer non-GMO foods for sale.

The political process may have failed, thus far, to label or halt GMO foods, but public sentiment is firmly forcing manufacturers and retailers to begin taking bold steps.

Per Forbes this week:

Retailers and manufacturers respond when the public demands. Among big-deal changes in 2014 are...

(I bought two bag of these chips this past weekend for family football-watching munchies. The chips are delicious! Target got the requisite taste right.)


"The products include wholesome ingredients, and more than 40 percent of the assortment is organic. There are no products with hydrogenated or partially hydrogenated oils, high-fructose corn syrup, synthetic colors, artificial preservatives, artificial flavors or artificial sweeteners.

"The good news doesn’t stop there: The majority of Simply Balanced items are made without genetically modified organisms (GMOs), and Target will eliminate all GMO ingredients from the line by the end of 2014. Target is also setting a goal to increase organic food offerings by 25 percent by end of fiscal year 2017."


Cheerios, original only, have been altered to include only non-GMO ingredients.  General Mills spokesman Mike Siemienas commented, "We switched from what we were using to non-GMO corn and non-GMO pure sugar cane... We do value our Cheerios fans and we do listen to their thoughts and suggestions." Siemienas noted that "did not change the formula and has never used genetically modified oats." 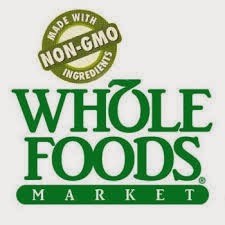 Whole Foods recently announced that starting in 2014, Chobani Greek Yogurt will no longer be sold in its 370 stores because of "the yogurt maker’s use of milk from cows whose feed is derived from genetically engineered crops," per The New York Times. Chobani yogurt sales topped $1 billion in 2013.

Replacement of Chobani with other, non-GMO Greek yogurts is part of Whole Foods' larger, ambitious goal of removing or clearly labeling all GMO products from its shelves by 2018. Boasts the Whole Foods website:


"We now have thousands of products within our stores verified as certified organic and/or Non-GMO Project Verified. In fact, we sell 4,800 Non-GMO Project verified products, more than any other retailer in North America."


Yes, the American political process has, so far, failed to allow the law to reflect public will on GMO foods.   Industrial food corporations outspent California grassroots voters $55 million to $9 million to defeat Prop 37 in 2012, yet won by a paltry margin of 51 percent to 49 percent, and spent $22 million in Washington state for another razor-thin victory.

But political prospects for GMO foods labeling are brighter in 2014 in state legislatures than ever before.


"As many as 26  state legislatures could consider similar bills for labeling genetically engineered foods during the 2014 legislative season. Two Northeastern states, Connecticut and Maine, have passed bills requiring labeling of genetically engineered foods, but both of those laws are contingent on other states in the region taking the same action." (Source - Food Safety News, January 7, 2014)


Indeed, market forces are alive, well, and working quite effectively to label GMO foods, or to remove them entirely from grocers' shelves.

These positive changes by major corporations newly offering non-GMO products and clearly labeling or dumping GMO foods are potent reminders of the power wielded by the purse of the American people. Power to the people!