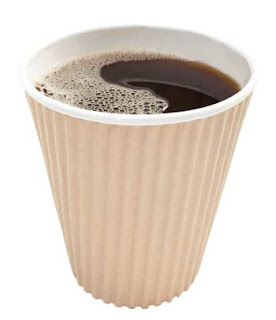 It's also another healthy reason to avoid fast food eateries, and instead, enjoy home-cooking with known ingredients made by trusted home cooks.

Food tainting, intentional and unintentional, is mainly a corporate-owned fast-food industry problem, which employs a largely low-wage workforce of young, inexperienced workers to flip burgers, make and pour coffee, and the like.

Among recent public examples of food tampering crimes are...

In 2012, 19-year-old "...Marvin Washington, Jr., an employee at a Simpsonville, South Carolina McDonald’s, was arrested for allegedly spitting phlegm and 'bodily fluid' into a mother and daughter’s unsweetened tea."  (Source - WebProNews, Huffington Post)

In 2008, "Two men were arrested last week for spitting in a police officer's chicken sandwich at the McDonald's on Route 481 in Fulton, police said today..."  One worker informed the other "he was making food 'for a cop' and told him to 'make it special,' Fulton police said." (Source - Syracuse.com)

In 2009, "In what became a YouTube sensation, a Domino’s Pizza worker in North Carolina was filmed by a female accomplice doing things such as sticking shredded mozzarella up his nose, spitting on sandwiches, and rubbing a sponge on his naked ass before using it to clean dishes. Since it was never proved that the food was served, he only received two years of probation for the felony charge."  (Source - Thought Catalog)

Food-Tainting Claims by Anonymous Employees
Hundreds of food-tainting examples posted by anonymous fast-food employees range from careless to repulsive to dangerous, and are mostly believable.  A small sampling of credible-seeming comments posted at one site, Ask.Metafilter.com, includes...

"Once when I worked at a Boston Market, I saw someone drop a meatloaf on the floor and then cut it up and serve it."

"I worked at a Chick-Fil-A restaurant for about five years in high school and through college... the worst I ever saw was that while filleting the chicken breasts and one would fall on the floor, the owner would say wash it off and it would be ok...."

"...my girlfriend...worked at an ice cream parlor. She was cutting up a banana split, and sliced her finger open. Blood ended up, among other places, in the banana split... her boss inquired about what happened. When she told him, and specifically mentioned that she'd make a new one since she bled in the first one, he told her to serve it anyway." 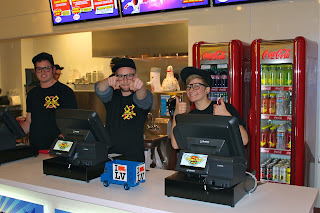 "I was night manager at a pretty busy freestanding Chick-fil-a for almost 3 years and I never saw anything deliberate to mess with someone...There were plenty of times where we would use 2-3 day old salad ingredients because they still looked ok and we had to get rid of them, or use hour old nuggets because some idiot cooked a whole damn bag of them when we didn't need anymore, and you can't throw out $300 of food, right? The most consistant shady thing was serving old/cold food after 8:30 or 9 when everyone is just trying to shut down and go home."

"I've worked at both McDonald's and Wendy's, and never saw anyone intentionally messing with food... I also have to say that I will never, ever consume Wendy's chili. At the store I worked at, at least, it was made by taking any overcooked, dropped, or expired sandwich patties and tossing them into the pot. I once watched the store manager cutting mold off of uncooked burgers and then putting the rest of the burger in the chili vat."

"Our local Burger King had an incident where a cop did tests on a burger that he ordered and found saliva in it. The BK was either shut down because of this or just went out of business because no one wanted to eat there afterwards."

"I worked for a very short time at a McDonald's when I was in high school. I never at any time noticed any deliberate tampering with the food, but it was VERY common for employees to be coughing & sneezing without covering their mouths / noses and without washing their hands... So, I agree with those who say that a general lack of hygeine is probably a much more common issue than deliberate food tampering. That said, I would never deliberately piss off someone who can spend some private time with something you are about to eat, fast food or not."

"4 ½ years at a Burger King... there are strict rules for how long you can keep food around in the various staging areas (steamers, heat lamps, heat drawers) and they were almost NEVER followed. Most of the time food sat around until it was served, even if those half-cooked fish patties were sitting in the drawer half the night."

"Wendy's and Godfather's here, over 20 years ago now. No deliberate tampering that I knew of... The only thing at Godfather's was that it was hellishly hot next to the open, 600 degree ovens, so there was a lot of sweat dripping on the pizzas... I'll echo the point about Wendy's chili, to a point--I never saw anything truly nasty go in the chili, but that is, indeed, what happens to burgers that have sat on the grill too long."

And from a movie theater complex... 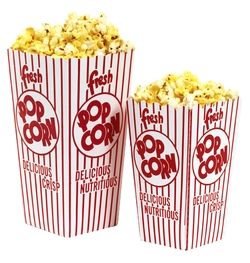 "I worked for a summer at a movie theater concession stand in Houston... as everyone has said, cutting corners and hygiene were issues, no doubt (old hot dogs/buns, stale nachos and cheese that had been sitting around for longer than it should have, workers probably not washing their hands).

"The two somewhat gross practices were actually mandated by the management. In the evening, one of the jobs of the people closing was to clean out the popcorn machine. You'd put the popcorn in a big trash bag and tie it up. Next morning, the opening crew dumped that back in the machine, and voila, that's your first batch of popcorn (mixed in, of course, with a fresh batch or two, to disguise it).

"The really sick thing, though, bugged the hell out of me. We had those big bulk candy containers, where customers would scoop out whoppers and gummi bears and what-have-you and buy it by the pound... customers were always spilling out lots of candy on the ground. Well, the managers made us sweep it up and put it in the 'Super Mix' container.  I remember once when one of the managers gave me a big bag of candy that had been sitting in the stock room for months told me to clean it off and put it in the super mix."

Tips to Avoid Food Tainting
"Idle hands are the devil's playground, order your food when the restaurant is busy and your food won't be intentionally tainted," advised one poster.

The best advice, though?  Protect your health by instead, enjoying food made at home with known, healthier ingredients lovingly prepared by you or trusted cooks, not by corporate-hired, greatly underpaid, inexperienced, hourly workers.