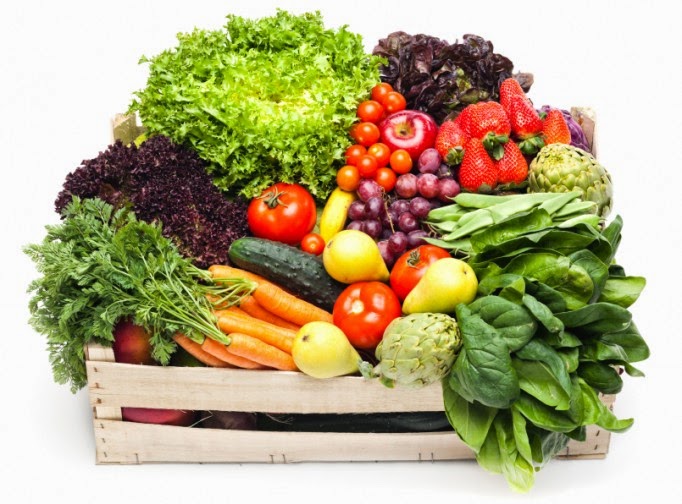 Americans can slash most pesticide residue from their foods by replacing only the most pesticide-ridden produce with organic fruits and veggies, per the medical and public health communities.

The Environmental Working Group (EWG) recently released its annual Dirty Dozen list, which publicly ranks results of USDA and FDA testing of 32,000 samples of 48 non-organic fruits and veggies commonly found in the U.S.

(Note: The Environmental Working Group is a non-profit devoted to "research and advocacy in the areas of toxic chemicals, agricultural subsidies, public lands, and corporate accountability." The 22-year-old group's mission is "to use the power of public information to protect public health and the environment.")

"Two-thirds of produce samples in recent government tests had pesticide residues," writes the EWG. "Don't want to eat bug- and weed-killers?... We highlight the cleanest and dirtiest conventionally-raised fruits and vegetables."

Without further ado, the EWG's 2014 Dirty Dozen are listed below.

Next week, check back for the EWG's 2014 Clean Fifteen, listing the most pesticide-free non-organic produce currently sold in the U.S. (Hint! Avocados are #1 cleanest.  Bring on that guacamole...)

EWG's 2014 Dirty Dozen - "Each of these foods contained a number of different pesticide residues and showed high concentrations of pesticides relative to other produce items."

1. Apples - "99% of apple samples tested positive for at least one pesticide residue."

6. Nectarines (imported only, not grown in the USA) - "Every sample of imported nectarines tested positive for at least one pesticide residue."

8. Potatoes - "The average potato had more pesticides by weight than any other food."

Posted by Deborah White at 5:05 PM No comments: