GMO Foods: Do Americans Have the Right to Know What They Eat? 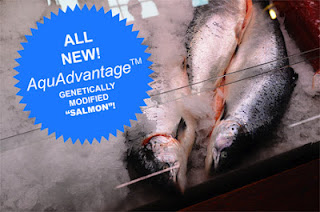 More than 100 countries agreed in 2011 to label foods that contain genetically modified organisms.  In 2012, 50 countries have mandated labeling of GMO foods.

The United States is not one of those countries. Observes one U.S. lawmaker:


"Unlike people in the United Kingdom, Germany, France, Italy, Ireland, Australia, South Korea, Japan, Brazil, China, Russia, New Zealand and other countries where labels are required, Americans don't know if the food they eat has been genetically altered."

In November, Californians will vote to decide on a law that "requires labeling on raw or processed food offered for sale to consumers if made from plants or animals with genetic material changed in specified ways."  If Proposition 37 passes, California will become the first state to require manufacturer labeling of foods containing GMO ingredients. As California goes, so usually goes the nation...


More than 1 million Californians petitioned for the GMO proposition to be on the 2012 ballot. And polls show voters strongly supporting this measure, by a margin of 3 to 1. A British newspaper reports of Proposition 37 that "89% of Republicans and 90% of Democrats want genetically altered foods to be labeled."

But the Who's Who of Modern Industrial Food... Monsanto, DuPont, PepsiCo, Coca Cola, Nestle USA, Campbell's, Kellogg, J.M. Smucker, General Mills, many more...  are battling Prop 37 with powerful political might and hundreds of millions in advertising.  These Fake Food purveyors firmly believe Americans shouldn't have the right to know about what they eat. 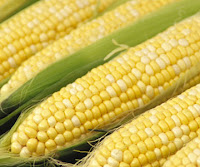 GMO Means What?
Genetically modified foods are produce or animals in which changes to their naturally-occurring DNA have been made by genetic engineering techniques, such as mutations, insertions, radiation, chemical treatments, and complex cloning methods.

Genes, synthetic or from other species, may be inserted into existing produce or animals to give birth to a new, man-made species, referred to as "transgenic." Manufacturers often patent their new "transgenic" food products, also known as GMO foods. Just Label It observes:


"This relatively new science allows DNA (genetic material) from one species to be transferred into another species, creating transgenic organisms with combinations of genes from plants, animals, bacteria, and even viral gene pools. The mixing of genes from different species that have never shared genes in the past is what makes GMOs and GE crops so unique."

Genetic changes are made by manufacturers to food for many reasons, including to:


GMO Foods in U.S. Groceries
In the U.S., almost all non-organic corn, sugar beets, soybeans, rice, canola, and cottonseed oil is genetically modified, and by large industrial food corporations. One or more of these ingredients is present in virtually all processed food sold in U.S. markets and grocery stores today, from cereals, cookies, and crackers to ice cream, peanut butter, oils, deli items, and, well, everything.

Due to lack of labels,  it's unknown how much grocery store produce is genetically modified, and how much remains unaltered in its natural state. But estimates are
that a huge percentage of non-organic produce is GMO food.

A recent example is the Arctic Apple, which has been genetically engineered to not turn brown when cut. Explains Just Label It:

"This genetically engineered apple... contains a synthetic gene that dramatically reduces production of polyphenol oxidase, the enzyme responsible for an apple's browning... This new patented apple promises financial gains for the owner of the technology, but offers no real benefit for consumers or other producers, only risk." "

GMO beef, poultry, and salmon manufacturers are salivating to sell their new animal products to Americans, and are pushing hard for USDA approval. But so far, only GMO produce has been approved for sale to Americans households.

Perhaps the closest to government approval is the AquaAdvantage transgenic salmon (pictured above), a new, fast-growing Atlantic salmon species created by artificially combining growth hormones from an unrelated Pacific salmon with DNA from the anti-freeze genes of an eelpout.

(Read about this man-made species dubbed "FrankenFish" by detractors at my article, FDA Poised to Approve Genetically Modified Fish Despite Public Uproar.)

No Long-Term Studies of GMO Safety
The foremost concern about GMO foods is that no long-term studies exist to corroborate lobbyist and industrial food corporation claims about the health safety and benefits of genetically modified foods.... by universities, by the government, or by scientists other than those employed by the manufacturers and patent-holders.

Per Sen. Bernie Sanders of Vermont:


"There was concern among scientists at the FDA in the 1990s that genetically engineered foods could have new and different risks such as hidden allergens, increased plant-toxin levels and the potential to hasten the spread of antibiotic-resistant disease. Those concerns were largely brushed aside. Today, unanswered questions remain...

"In Canada, a landmark independent study by Canadian doctors published in the peer-reviewed journal Reproductive Toxicology found that toxin from soil bacterium engineered into corn to kill pests was present in the bloodstream of 93 percent of pregnant women.

"There is a great need for additional research because there have never been mandatory human clinical trials of genetically engineered crops, no tests for carcinogenicity or harm to fetuses, no long-term testing for human health risks..."


"A 2008 Austrian study found that GM corn has a damaging effect upon the reproductive system. Professor Don M. Huber of Purdue University has discovered a completely new, unknown organism within genetically modified crops that can cause miscarriages in farm animals."

The Right to Know: Yes on 37 campaign, which states, "The same corporations that said DDT and Agent Orange were safe have now put millions of dollars into the campaign against our right to know what's in our food."  Their efforts have been endorsed by an impressive roster of public health and food safety organizations, and by many hundreds of food manufacturers, most of them family-run small businesses. 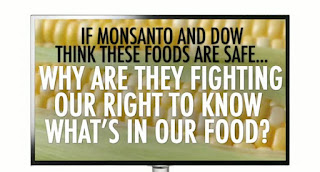 Just Label It, which states:

"That’s an overwhelming majority of parents concerned with what they are feeding their families.  And why wouldn’t we be?  As parents, we want the best for our children, and ensuring they have a nutritious diet is the key to their success and wellbeing.

"We can’t be left in the dark concerning what’s in our food system.  As parents concerned for our children’s futures, we must demand mandatory national labeling of GE foods.  We have a right to know!"

Just Label It's advocacy has been also been endorsed by a lengthy list of credible organizations and concerns food businesses.

Do Americans Have the Right to Know What They Eat?
I believe they do... and as a Californian, I plan to vote YES on Proposition 37.


"The FDA requires  the labeling of over 3,000  ingredients,  additives,  and processes; providing  basic information  doesn't  confuse the public, it empowers  them to make  choices. Absent  labeling,  Americans  are unable  to choose for themselves  whether to purchase  GE foods...

"When issuing its rule requiring irradiated foods to be labeled FDA stated in broad  terms  that a decision to require labeling  is not just based  on the physical  changes to the food but also on whether consumers view such information  as important, and whether the omission  of label information  may mislead a consumer...

"We urge  you to fully review the facts, law, and science,  and side with the American public by requiring the labeling of genetically engineered  foods as is done in nearly  50 countries throughout  the world.

"FDA has a clear opportunity to protect  a consumer's  right to know, the freedom to choose what  we feed our families, and the integrity  of our free and open markets with this petition."

Posted by Deborah White at 4:21 PM