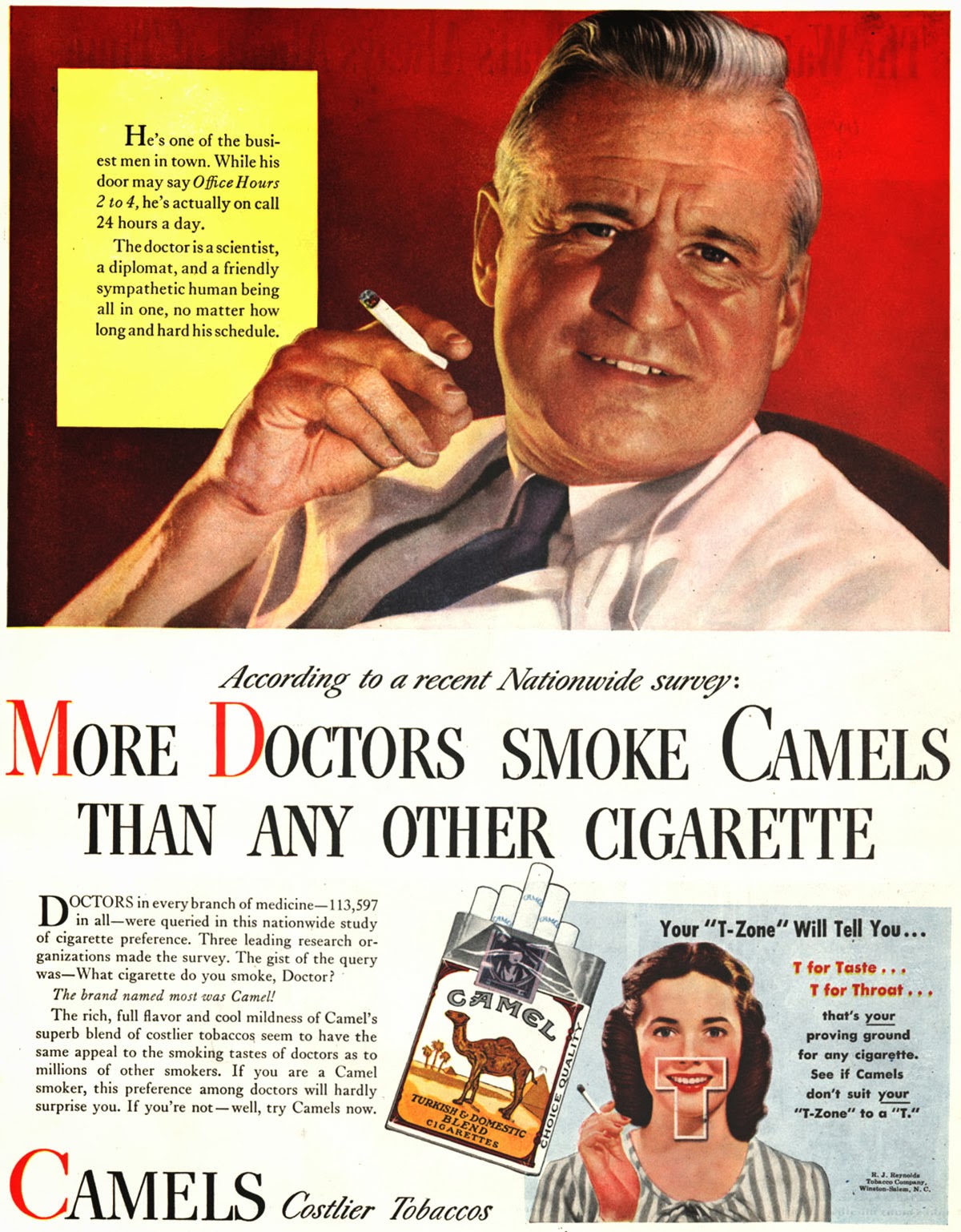 Be wary of food products endorsed by doctors. Very wary!

"When you see a product that's endorsed by a doctor, keep in mind that the doctor is probably being paid for that endorsement, just as if he were an athlete or an actor, so take it with a grain of salt," warned one local TV station.

The medical establishment can be seduced by money to hawk all manner of questionable products, from dangerous prescription drugs to processed breakfast cereals, quasi-useless supplements, and genetically modified foods. Yes, even cigarettes, years ago.

Not all in the medical establishment can be enticed by all-expenses-paid junkets, pricey speaking engagements, meals and gifts, scads of free samples, and various forms of direct payments.

But sadly, far too many succumb to financial temptation from vendors with something to sell.

"#1 doctor recommended brand" blares on the label of every bottle of Ensure's various nutrition drinks.  Yet, Ensure is formulated mainly of sugar and water, spiked with innumerable chemicals, and loaded with preservatives, additives, and artificial flavorings and colors.

Writes the editor of NaturalNews.com of Ensure:


".. the top two ingredients in Ensure are almost identical to the top two ingredients in soft drinks! ... the top four ingredients (are): water, sugar, corn syrup and maltodextrin. That's basically three sweeteners and water. So if you were trying to be funny, you could call this product 'sugar-sugar-sugar-water,' because that is primarily what it's made of, according to the ingredients label... So essentially, what you have here with Ensure, is a predominantly sugar-water product that has been fortified with a few vitamins and minerals.


In 2012, sales of Ensure and Glucerna, its diabetic alternative to Ensure, were almost $2 billion.... thanks mainly to credibility lent to the products by many in the medical establishment.

Another example is Wheaties Fuel cereal, introduced by General Mills in 2009, which based its appeal on endorsement by "Dr. John Ivy, a world-renowned expert on the role of nutrition and exercise performance." Commented Dr. Ivy, a professor at University of Texas, Austin who is associated with many consumer products:


"We’ve learned a lot about the bond between nutrition and performance over the years and as today’s athletes continue to get bigger, faster and stronger, it was important to develop a cereal that evolved along with them,”

Five years later, Wheaties Fuel is hard to find, and for good reason: this cereal aimed at athletes is more costly, and yet, is essentially no healthier than run-of-the-mill Wheaties cereal. Maybe less healthy for most people...


"As someone who is big on nutrition and an obsessive label-reader, one thing is obvious: Wheaties Fuel is basically Wheaties with more fat and sugar.

"Regular Wheaties is a pretty simple cereal with only five ingredients: Whole grain wheat, sugar, salt, corn syrup and trisodium phosphate. One serving (3/4 cup) has 100 calories, .5 grams of fat, 4 grams of sugar, 15 grams of other carbs, 3 grams of fiber and 3 grams of protein, along with some added vitamins. Wheaties Fuel, in contrast, loads up on the sugar, with some added fat.... Fourteen grams of sugar per serving is a lot for anyone who cares about their nutrition."

Here's another: Skyfruit, touted as...


"... only largely found in tropical areas in the South Pacific where its cleanest and unspoiled places like Solomon Islands. The people there have consumed Skyfruit internally for over 1000 years. It is known as the queen of plants and knowledge of its healthful properties has been handed down from generation to generation to the present day. Common in the South Pacific, Sky Fruit is also found in small quantity in other tropical areas of the world."

XKLWorldWide.com promotes  that its "Herb Food Concentrate is made from 100% natural Skyfruit that is being advanced bio-technologically processed and prepared. The quality of XKLCare?products has earned worldwide recognition.?

Testimonials? Of course, with claims of relief from inflammation, hypertension, backache, skin peeling,  asthma, even diabetes.


Be wary of products endorsed by doctors!  Don 't buy into the credibility lent to quasi-healthy fake-food products by doctors and other medical professionals seeking to fill their coffers.

If tempted, do your homework. Check out both the medical professional and the product via a simple Google searches. And read the labels, friends. Be your own informed advocate.

Posted by Deborah White at 1:23 PM