Starbucks: Trying Harder than Taco Bell to Do the Right Thing 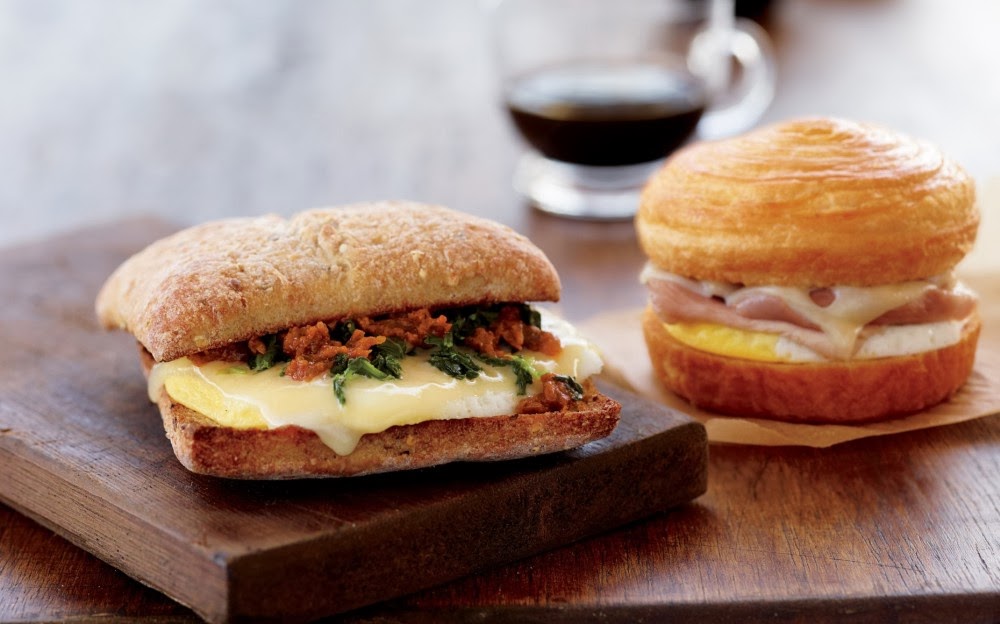 Give Starbucks credit for offering options to the public for better quality fast food.

Starbucks really does try harder than most fast foodies to offer some fare that's healthier, and less laden with sugar, fat, and salt.

Contrast that with Taco Bell's new breakfast concoction set to debut on March 27:  a sugary waffle, tucked taco-style around a greasy sausage patty, topped with scrambled eggs, then drizzled with Taco Bell's orange liquid cheese.  Optional "syrup" packet for dipping. No nutritional info has yet been released publicly, for good reason. Although anyone ordering this fat-sugar-salt bomb is unconcerned with balancing their diet...

I tasted Starbucks' Vegetable & Fontiago Breakfast Sandwich, and thought it satisfying and delicious with Mediterrenean flavor. The bread was fresh, the cheese was evenly melted, and the veggies and sauce tasted tangy, not dull.

This is hardly farm-to-table fresh produce, mind you, much less organic or non-GMO foods. The pale-yellow egg was obviously pre-formed. And at 910 mg of sodium, this new menu item contains nearly 40% of recommended daily salt intake for an adult.

Cooking this breakfast at home, using organic produce, farm-fresh eggs, and artisan cheese and bread, is certainly a better and more additive-free choice.  But on busy weekdays, who has time for toiling in the kitchen?

Give Starbucks credit for offering the public options for better quality fast food.

I say, when faced with a choice, take your fast food business to Starbucks. Let's reward those corporations trying harder to do the right thing nutritionally.