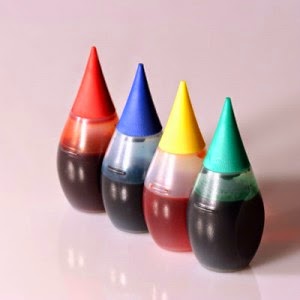 The new guide-list of  chemical-based food additives is based on extensive scientific studies and on  EWG's massive new database, Food Scores: Rate Your Plate, which catalogs "more than 80,000 foods and 5,000 ingredients from about 1,500 brands."

"The guide covers food additives associated with serious health concerns, ingredients banned or restricted in other countries, and other substances that shouldn't be in food. It turns the spotlight on some of the worst failures of the federal Food and Drug Administration’s regulatory process for additives...

" 'With thousands of ingredients lurking in food, EWG wanted to bring attention to additives that may have implications for human health, and we wanted to expose how the food regulatory system has failed us,' Johanna Congleton, Ph.D., EWG senior scientist, said."

"The guide covers ingredients associated with serious health concerns, additives banned or restricted in other countries and other substances that shouldn’t be in food."

"In 2010, scientists at the World Health Organization... declared that ingested nitrites and nitrates are probable human carcinogens...  Studies have linked nitrites to stomach cancer. Some data also suggest an association with cancer of the esophagus; one study showed an increased risk in people who eat cured meats more often. There is also evidence that nitrites may be associated with brain and thyroid cancers... (Source - Environmental Working Group) 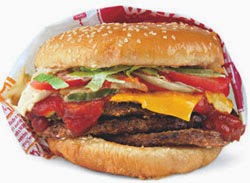 2. Potassium bromate - "This dough conditioner and bleaching agent, which was once widely used in bread baking, is considered... possibly carcinogenic to humans by the International Agency for Research on Cancer.  In 1993, the World Health Organization recommended its removal from all food, and though it's banned in many countries, it's still permitted in the United States and Japan, where it continues to be used in buns at Burger King, Arby's, and Wendy's, according to the Center for Science in the Public Interest...

"Very toxic when taken internally. Burns and skin irritation have been reported from its industrial use.  In toothpaste, it has been reported to have caused inflammation and bleeding of the gums.

"The JECFA said in 1993 that new data about potassium bromate showed long-term toxicity and carcenogenicity including kidney tumors, tumors of the lining of the stomach, and thyroid tumors in rats..."  (Source - "A Consumer's Dictionary of Food Additives", 2009)


3. Propyl paraben - "Parabens are... widely used as preservatives in foods, cosmetics, toiletries and pharmaceuticals... In a previous study, it was demonstrated... that exposure of post-weaning mammals to butyl paraben adversely affects the secretion of testosterone and the function of the male reproductive system. In the present study, it is shown that propyl paraben also adversely affects the hormonal secretion and the male reproductive functions." (Source - National Institutes of Health, 2002 study)

4. Butylated hydroxyanisole (BHA) - "Here's a question for you: What food additive does the Food and Drug Administration deem 'generally recognized as safe,' while the National Institutes of Health, says it's 'reasonably anticipated to be a human carcinogen?' 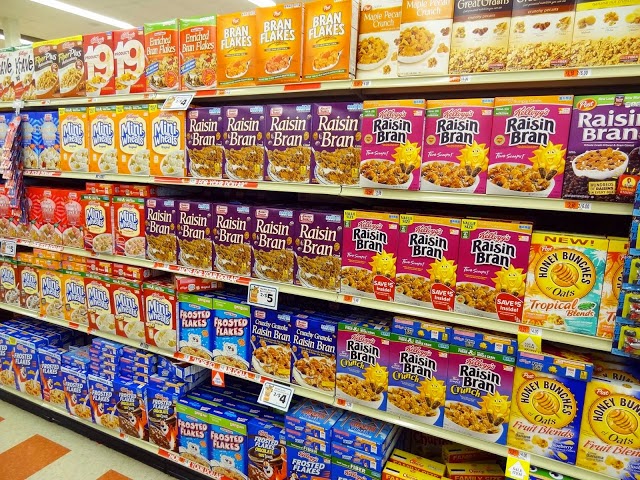 "BHA is a petroleum-derived food additive that reduces the rate at which food spoils. It... is now used in a wide range of foods to prevent fat from going rancid. BHA is used in beverages, ice cream, snack foods, breakfast cereals, dehydrated foods and mixes, beer, chewing gum, candy, baked goods, instant mashed potatoes, and sausage.

5. Butylated Hydroxtoluene (BHT) - "BHT (butylated hydroxytoluene) is a lab-made chemical that is added to foods as a preservative. People also use it as medicine. BHT is used to treat genital herpes and acquired immunodeficiency syndrome (AIDS). Some people apply BHT directly to the skin for cold sores."  (Source - WedMD.com)

"Extensive research has shown high doses of this ingredient to cause significant damage to the lungs, liver and kidneys. Oral consumption of this ingredient has also been shown to have toxic effects on the body's blood coagulation system...

"Because there lies a significant amount of conflicting research regarding the carcinogenic effects of BHT, it remains a controversial ingredient around the world. The US has banned it from being used in baby food because of its potential association with hyperactivity in children. It's also banned from food in Japan." (Source - TruthInAging.com)

"The FDA says that the possibility that BHT may convert other ingested substances into toxic or cancer-causing additives should be investigated. BHT is prohibited as a food additives in the United Kingdom."  (Source - "A Consumer's Dictionary of Food Additives" by Ruth Winter, 2009)

"Propyl Gallate can cause allergic reactions in the form of an asthma attack in some people. It can also cause stomach and skin irritation, liver damage, kidney damage and has the potential to increase your chances of having cancer." (Source - StopKillingMyKids.com) 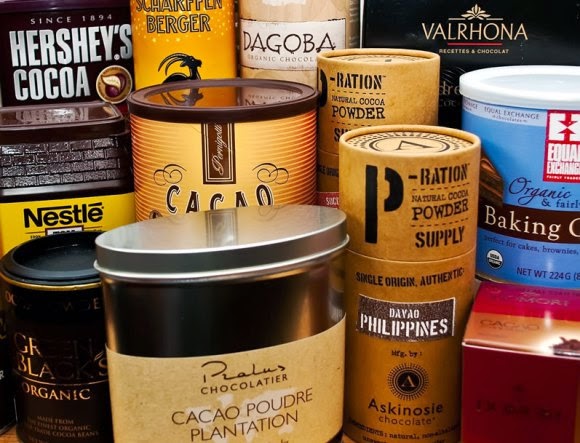 "New research suggests the dog food preservative, propyl gallate, may be responsible for causing a potentially dangerous health issue for dogs. That’s because of the chemical’s unique ability to mimic the negative effects of the female hormone, estrogen.

"... recent studies have linked propyl gallate with a special group of hormone-like compounds known as xenoestrogens (which) have the potential to adversely affect reproductive health.3 In humans, they have the ability to transform a normal breast cell into a cancer cell. Propyl gallate can also affect a developing fetus as well as decrease the sperm count in males." (Source - DogFoodAdvisor.com)
7. Theobromine - "A study conducted in Utah between 1983 and 1986, and published in 1993, showed a possible association between theobromine and an increased risk of prostate cancer in older men.... Prenatal and infant exposure to theobromine appeared possibly associated with hypospadias and testicular cancer in one population study.

As with caffeine, theobromine can cause sleeplessness, tremors, restlessness, anxiety, as well as contribute to increased production of urine. Additional side effects include loss of appetite, nausea, vomiting, and withdrawal headaches."  (Source - Wikipedia)
"...closely related to caffeine.  It (theobromine) is used as a diuretic, smooth muscle relaxant, heart stimulant, and blood vessel dilator. "   (Source - "A Consumer's Dictionary of Food Additives" by Ruth Winter, 2009)
Hundreds of American foods, most containing processed cocoa or chocolate, include theobromine. Click here for a list of the 189 Foods Highest in Theobromine. (Source - Nutrition Data at Self.com: Know What You Eat)
Other Top 12 Worst Food Additives
8.  Secret flavor ingredients
9.  Artificial colors
10. Diacetyl - Diacetyl is a butter flavoring used in some food products like butter, butterscotch, butter flavored popcorn and some alcoholic beverages, especially beer and chardonnay wines. 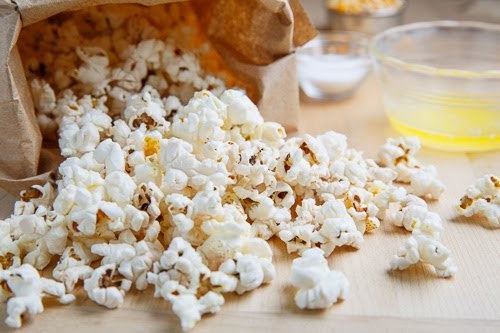 "The United States National Institute for Occupational Safety and Health has suggested diacetyl, when used in artificial butter flavoring, may be hazardous when heated and inhaled over a long period. Workers in several factories that manufacture artificial butter flavoring have been diagnosed with bronchiolitis obliterans, a rare and serious disease of the lungs. The cases found have been mainly in young, healthy, nonsmoking males.
"Two bills in the California Legislature seek to ban the use of diacetyl. A 2010 U.S. OSHA Safety and Health Information Bulletin and companion Worker Alert recommend employers use safety measures to avoid exposing employees to the potentially deadly effects of butter flavorings and other flavoring substances containing diacetyl or its substitutes."  (Source - Wikipedia)
11. Phosphate-based food additives - "Recently, a high-normal serum phosphate concentration has also been found to be an independent predictor of cardiovascular events and mortality in the general population. Therefore, phosphate additives in food are a matter of concern, and their potential impact on health may well have been underappreciated."  (Source - National Institutes of Health, 2012)
12. Aluminum-based food additives - "There are six aluminum salts that have been approved as food additives in the United States. The salts most commonly used are sodium aluminum phosphates. They are added to cake mixes, frozen dough, pancake mixes, self-rising flours, processed cheese and cheese foods and beer (in aluminum cans). Just one slice of individually wrapped processed cheese can contain up to 50 mg of aluminum. It is thought that the cheeseburger may contain one of the highest aluminum contents of any food...
"Dangers of Aluminum Toxicity -

"Many... question the safety of these (aluminum-based) food additives, however. The group known as the Department of the Planet Earth petitioned the FDA in September 2005 to rescind the GRAS (acceptable) rating for these additives, citing studies linking aluminum food additive ingestion to Alzheimer’s disease." (Source - LiveStrong.com) 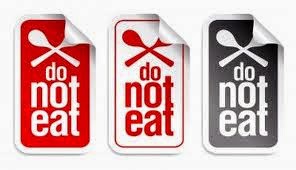 What Should You Do?
Study up!  Start by reading the Environmental Working Group's  "Dirty Dozen List of Food Additives."

Lose processed and packaged foods from your food choices, and from that of your loved ones.  Now. Today. If not fully feasible, become an avid label reader. Make informed food choices.

Do it for your health. Please!

More from the Environmental Working Group

Posted by Deborah White at 3:00 PM