Hypocrisy, thy name is Food Fascism in 2012.

The Mayor wants to make it a minor crime for restaurants,  theaters, sports venues, fast-food purveyors, even food carts and kiosks to sell sugar-laced drinks... soft drinks, sports and energy beverages... in containers larger than 16 ounces.

But Mr. Bloomberg provides a plethora of bewildering exceptions, including:

No bans are planned for buying more than one 16-ounce cup, for refilling your existing cup, or presumably for filling to the brim your own large-size non-disposable drink holder.

Why? The Mayor explained recently on radio:

"I look across this country, and people are obese, and everybody wrings their hands, and nobody's willing to do something about it...  It's the first disease that's gone from being a rich person's disease to a poor person's disease. Look at the pictures of the old robber barons with their big stomachs out in the '20s. They were proud that they were fat. They all died young, but they were proud until that.

"Today it is poor people who are dying much more. And the numbers are just off the charts... Nobody is taking away any of your rights. This way, we're just telling you ‘That's a lot of soda.'"

Mayor Bloomberg is worried about obesity, so he starts with soft drinks?

Sounds to me like Mayor Bloomberg is on a Food Fascism bender about one of his pet peeves, sugary soft drinks... or else he would approach the obesity epidemic in seriousness, rather than capriciously and arbitrarily.

For example, a medium Coke at McDonalds is 21 ounces and boasts 210 calories. If the Mayor's objective was simply to stop New Yorkers from sipping too many calories, his goal would be better  and more fairly served by squelching all high calorie drinks, including: 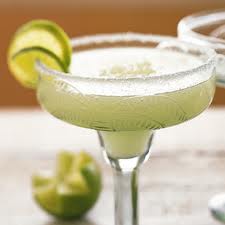 But he won't, of course. The public outcry from his wealthier constituents would be too great. Modern industrial food corporations would undoubtedly find ways to rile the public and undermine his political power. The fifteen 7-Eleven stores in New York City might be forced out of business should their Big Gulp business evaporate into nothingness.

Like most Americans, I, too, cringe when I see a child sucking down a super-sized sugary drink. And I personally don't consume soft drinks. Too harsh, too sweet. To me, not worth the calories.

Even more, his laughably ineffective suppression of beverage choices does, indeed, slide down the slippery slope of taking another personal right away from Americans.

Hypocrisy, thy name is Food Fascism in 2012. And Mayor Bloomberg is blithely leading the brigade.

Posted by Deborah White at 4:24 PM