Besides, governments have no damn business dictating what Americans drink, much less mandating drink quantities allowable for public consumption.

Mind you... I detest soft drinks, which are little more than chemicals, additives, fillers, food coloring, caffeine, salt (sodium), and sugar or a chemical sugar-substitute. I neither buy nor consume soft drinks, nor serve them in my home. To me, they taste harsh and metallic... Soft drinks are the ultimate industrial fake food.

We've known for decades that sugar-loaded soft drinks are a key contributor to the U.S. obesity epidemic, as well as weight-related diseases as diabetes Type 2,  dental decay, heart ailments, even cancers.    (Recent studies have linked sugar-free soft drinks to health concerns, too, including weight gain and metabolic syndrome, which is pre-diabetes.)

The Mayor is obviously correct: soft drinks are bad for human health. But his ban is sillly, and it's insanely arbitrary and capricious. 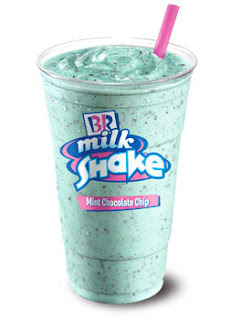 The Mayor wants to make it a minor crime for restaurants,  theaters, sports venues, fast-food purveyors, even food carts and kiosks to sell sugar-laced drinks... soft drinks, sports and energy beverages... in containers larger than 16 ounces.
But Mr. Bloomberg provides a plethora of bewildering exceptions, including:

No bans are planned for buying more than one 16-ounce cup, for refilling your existing cup, or for filling to the brim your own mega-size non-disposable drink holder.

If the Mayor's objective was simply to stop New Yorkers from sipping too many calories, his goal would be more effectively served by squelching all high calorie drinks. Compare  a medium Coke at McDonalds (21 ounces and 210 calories) with: 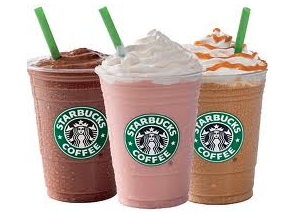 "In his ruling, Justice Tingling... said the Board of Health, which is appointed by the mayor, had overreached in approving the plan, and wrote that the City Council was the only legislative body with the power to approve such a far-reaching initiative.

"The administration, Justice Tingling wrote, had interpreted the board’s powers broadly enough to 'create an administrative Leviathan,' capable of enacting any rules and 'limited only by its own imagination.'

"The judge... criticized the rules themselves, noting they would apply only to certain sugared drinks — dairy-based beverages like milkshakes, for instance, would be exempt — and be enforced only in certain establishments, like restaurants and delis, but not others, like convenience stores and bodegas. The rules, the judge wrote, would create 'uneven enforcement, even within a particular city block, much less the city as a whole.'"

For examples of just how arbitrary and capricious are Mayor Bloomberg's ban on sugar-laden super-size drinks, take a long look at the luscious beverages pictured here on this blog post:  all are allowed to be sold under Mayor Bloomberg's ban because of loopholes and exceptions.
Posted by Deborah White at 4:44 PM