Smithfield Sale to Chinese Could Herald Downgrade in US Pork Quality: Disgusting Pork in China 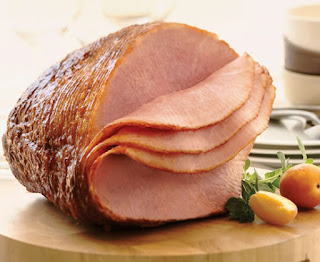 A high-quality, superbly prepared ham from a 77-year-old U.S. company with a remarkable food-safety record. We eat ham rarely, so indulged in spending extra money to buy the best for our family feast.

Imagine my chagrin at the news that Smithfield Foods, a fine American culinary tradition, has agreed to sell itself, 100%, to Chinese food conglomerate Shuanghui International known to contaminate pork with a veterinary med banned for use in animals intended for human consumption.  (This deal is subject to Congressional approval.)

Of course, like Shuanghui, U.S. meat producers are no strangers to adulterating beef, pork, and poultry with all sorts of drugs, from antibiotics to ractopamine, a growth-hormone drug banned in 100 countries, including Russia, China and most of Europe. ( Read details at U.S. Pork, Beef Laced with Drug Banned in Europe, China, Russia.)  Interestingly, Smithfield reportedly ended its use of ractopamine only in anticipation of this sale.

The Chinese meat industry, though, is reputed for its disgustingly poor record of food safety and counterfeit products, including: 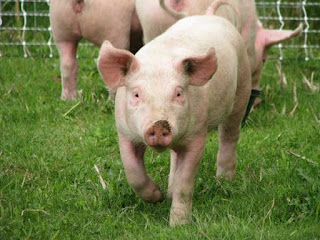 In March of this year, 16,000 rotting pig carcasses were dredged from the Huangpu River, a river that supplies tap water to parts of Shanghai.  This morass of dead pigs dumped by unknown perpetrators into public waters was symptomatic of various factors and market forces in China:
Yes, that Chinese pork industry is buying Smithfield Foods, a top U.S. producer of high-quality pork and pork products, albeit a company with mediorcre-to-lousy records on environmental, labor, and humane animal treatment practices.

But a solid American company with $12 billion in annual sales, 46,000 employees, facilities in 26 states, and the world's largest meat-processing plant. And a sought-after animal gene technology, developed by Smithfield, that produces leaner meat. Gone.

Both Schuanghui and Smithfield officials insist that the sole purpose of this sale is to increase imports of quality U.S. pork and pork products to China.  But that was obviously achievable without U.S. owners ceding control of the company...

Legitimate American fears of this transaction are many:
In other words, the sale of Smithfield to Schuanghui, the largest Chinese purchase ever of any American company, could likely result in lower-quality, higher prices and less availability of pork and pork products for American consumers.

My first questions to Congress, who must grant final approval to the deal, are this:

What new inspection and oversight processes will be put in place to protect Americans from horrendous Chinese-style pork contamination and counterfeiting? This is a unique, and uniquely large, transaction that warrants new safeguards. 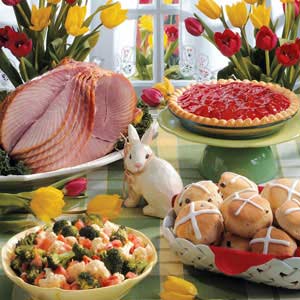 One thing you can bank on: we won't be serving Smithfield ham at our next family Easter feast. I care too much about my family's health.

And frankly, I care too much about supporting American culinary craftsmanship and good standards. We will be serving U.S. grown meat, if at all possible, to celebrate holiday traditions in our homes.