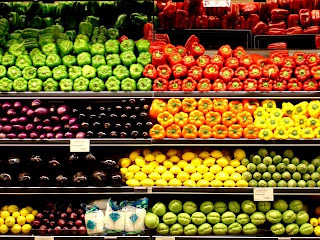 Who eats organic fruits and vegetables? Top U.S. political leaders, both liberals and conservatives, but most desperately don't want you to know.

Many, many D.C. politicians select the highest-quality, healthiest foods for themselves, but insist that far lower quality fare (often grown by their donors) is good enough for the rest of America.

Wanting to eat organic produce is understandable, given that organics are:
Understandable, since these bureaucrats have likely heard that the EPA, which is part of the U.S. Agriculture Department, "considers 60% of herbicides, 90% of fungicides, and 30% of insecticides potentially cancer-causing."


Or maybe our leaders have heard the dire results of research done on this new experiment called genetically modified foods. "The results range from intestinal damage, allergies, liver or pancreatic problems, testicular cellular changes, tumors, and even death in the experimental animals."  (Source - Care2.com)

So who are these "let them eat cake" politicians who quietly quaff organic goods while foisting legislation and federal agency appointees on us to aggressively force non-organic food on American homes?


President George Bush and First Lady Laura Bush "insisted that fresh, organic foods be served in the White House, but did not broadcast that fact to the public," per White House chef Walter Scheib from 1994 to 2005. (Source - New York Times, March 10, 2009) 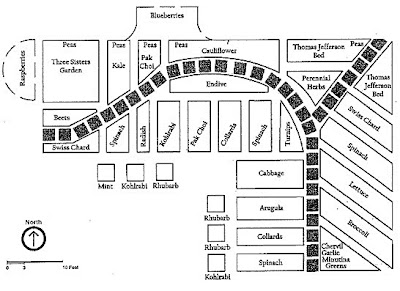 U.S. Senate and House of Representatives dining rooms and various eateries offer organic food options, as do all other Capitol Hill cafeterias at federal agencies including Agriculture, Interior, and State. 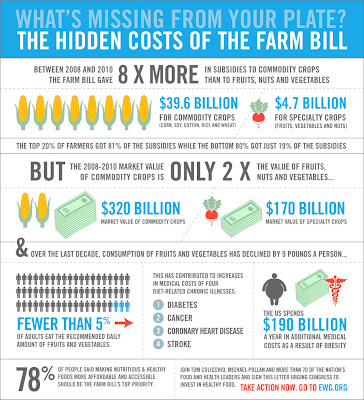 Throwing Organics "Under the Bus"

No U.S. president has been more disingenuous about organics and genetically-modified foods than President Obama:

"In 2007, Candidate Obama made this statement to a crowd of voters in Iowa: 'We'll let folks know whether their food has been genetically modified, because Americans should know what they're buying."

"National polls indicate that more than 90% of Americans want GMOs labeled. And yet, President Obama has continued to green light a flood of new GMOs, including genetically engineered alfalfa, salmon, and 2,4 D "Agent Orange" corn. He has not publicly supported any of the state or national efforts to require mandatory GMO labeling, despite his campaign promise.

"The FDA does no pre-market safety testing on genetically engineered foods, instead relying on the word of Monsanto, Dupont and other biotech companies that these foods are safe." (Source - Organic Consumers Association)

Once again (and like always!) in the Farm Bill, support for healthy organic farming and foods were "thrown under the bus" in favor of billion-dollar federal subsidies annually for industrial fake-food corporations that produce the genetically-modified ingredients (corn, soy beans) for highly processed foods sold in U.S. supermarkets and fast food restaurants.

In other words, the Farm Bill advocates and funds the kind of unhealthy foods that our political leaders and their families don't and won't eat.

So they consume organic produce and other foods in private, while most Americans naively eat fruits and veggies riddled with pesticides, herbicides, fungicides and other poisons clearly linked by science to cancer.

"Let them eat cake" politicians, indeed. Cake made from processed ingredients, I presume...