Election year politics are suspected of playing serious havoc with food safety, and putting public health at risk, per The Center for Food Safety and the Center for Environmental Health.

And the Centers are putting might behind their fighting words.

This week, the non-profits filed a law suit against two federal agencies... the Food and Drug Administration (FDA) and the Office of Management and Budget (OMB)... for failure to implement many vital mandates of the Food Safety and Modernization Act (FSMA), signed into law by President Obama on January 4, 2011.  In their legal filing, the Centers explain:


"FSMA is the first major piece of federal legislation to overhaul food safety since 1938. Continuous high profile outbreaks related to various foods, ranging from spinach to peanut products to eggs, underscored the need for serious legislative and regulatory reform.

"The Centers for Disease Control and Prevention estimates that every year, as a result of foodborne diseases, 48 million people (1 in 6 Americans) get sick, 128,000 are hospitalized, and 3,000 die.

"... FSMA enables FDA to better protect public health by strengthening its ability to regulate and granting the agency enhanced preventative and mandate authority. The law also provides FDA with new enforcement capacity, such as mandatory recall authority, and the ability to require that imported foods comply with U.S. inspection and preventive safety standards.

" ... FDA has missed not one, not two, but seven critical deadlines, and counting, in failing to implement FSMA's major food safety regulations."

Both the Washington Post and New York Times have openly urged President Obama's White House to move forward to stop burying food safety measures in the depths of bureaucratic muck. 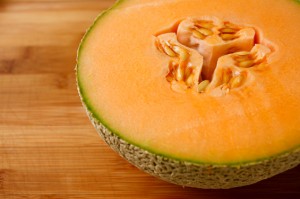 
"It has been 19 months since President Obama signed into law the Food Safety Modernization Act, the first overhaul of the Food and Drug Administration’s food safety laws since the 1930s. But if you think the food supply has become markedly safer since then, think again...

"... a delay of eight months and counting lends credence to the suspicions of consumer advocates who think election-year politics are at play, with Democrats trying to avoid Republican charges that rules kill jobs..."


"The food safety rules have been bottled up for nearly nine months. Why? The budget office told us it is working hard and the rules are complex...

"Food-borne illness is a major public-health threat, one appropriate for government activism. One of the administration’s catchy slogans has been 'we can’t wait,' and yet it seems it is doing exactly that with food safety.

"Could it be the White House doesn’t want to give the Republicans another argument against an ostensibly over-regulating Democratic administration? We hope not. Food safety should not fall victim to a political calendar."

Here at FakeFoodWatch.com, I've repeatedly warned readers about the real-life dangers of the American food supply:

Friends, no politicians... neither Democrats nor Republicans... should sacrifice your
health or that of your family, friends, neighbors, on the altar of their ambitions, or to please
their corporate donors.

Tell the White House now, today, that you oppose any further delay in implementing the Food Safety and Modernization Act. And also tell your Congressional representatives.

Too many Americans are dying, literally, from infected produce and contaminated meat. This food safety travesty must stop!

Posted by Deborah White at 3:48 PM