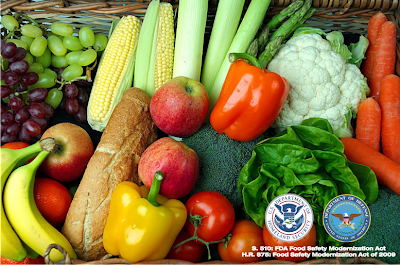 President Obama's sweeping Food Safety Modernization Act ("FSMA") regulations are likely destined to be the No Child Left Behind Act of 2013. Both...

And both face(d) radically inadequate funding by the federal government, to disastrous public detriment.  Underfunding which will undoubtedly weaken the "enforcement teeth" of FSMA, just as it undercut the effectiveness and precast the failure of NCLB.

Here's brief background of the Food Safety Modernization Act, to refresh your mind:


The purpose of the FSMA is to stem the shocking level of foodborne illnesses in the United States. Explained the Center for Food Safety in 2012:

"FSMA is the first major piece of federal legislation to overhaul food safety since 1938. Continuous high profile outbreaks related to various foods, ranging from spinach to peanut products to eggs, underscored the need for serious legislative and regulatory reform.

"The Centers for Disease Control and Prevention estimates that every year, as a result of foodborne diseases, 48 million people (1 in 6 Americans) get sick, 128,000 are hospitalized, and 3,000 die.

"... FSMA enables FDA to better protect public health by strengthening its ability to regulate and granting the agency enhanced preventative and mandate authority. The law also provides FDA with new enforcement capacity, such as mandatory recall authority, and the ability to require that imported foods comply with U.S. inspection and preventive safety standards." 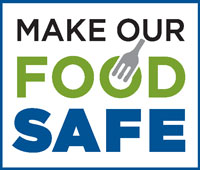 Where FSMA Stands in 2013 - The Ugly, Angering Reality
About 1,200 pages of farm-to-table food safety regulations were rolled out by the FDA amid self-congratulatory hoopla and a plethora of admiring press.

Except that it's not. Not being implementing, I mean.

The ugly reality of where implementation of the Food Safety Modernization Act stands in 2013 is this:

Innumerable exceptions have already been granted to FSMA, exceptions that are  estimated to exempt nearly 80% of all growers and producers.  Included among the exempt are producers with annual sales of $500,000 or less, and producers growing "products that are rarely consumed raw."


No one has read the new FSMA regs - For two years, the new FSMA regs were buried deep in the bowels of bureaucracy, shrouded from any and all public access. Until a few weeks ago, no one was afforded the opportunity to read these 1,200 pages of highly technical, incredibly detailed mandates on Hazard Analysis and Risk Assessment Controls, and on Good Manufacturing Practices. 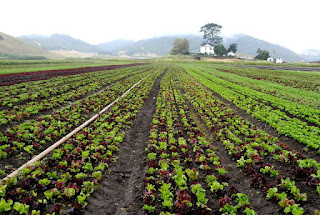 No one is implementing these regs, because no one has either read or absorbed them. And because the final form of FSMA regs could be quite different from the FDA's January 4, 2013 iteration.

Grossly inadequate federal funding - The quickest way to kill any federal program is to skimp on or kill its funding. "President Obama requested $220 million, to be financed largely by fees, in his 2013 budget, but Dr. Margaret Hamburg, commissioner of the FDA, said 'resources remain an ongoing concern,'" per the New York Times.

$220 million is a pittance in the U.S. federal budget, and wholly inadequate to fund effective monitoring and enforcement of the Food Safety Modernization Act. And the Obama administration knows that...

What Can You Do?
1. Get mad and get involved. Complain loudly, clearly, and repeatedly to your elected representatives in Congress. Also complain to the FDA.

2. As I've advised here before, be very, very careful about where you buy your fruits and veggies. My advice is to either buy directly from local, reputable, certified organic sources, or from the largest grocery chains that presumably have in place quality control procedures.

Please note that organic produce is not immune from foodborne contamination. However, organic certification does denote a very high-bar for quality control of a grower's produce.
3. Grow your own.
Posted by Deborah White at 4:25 PM